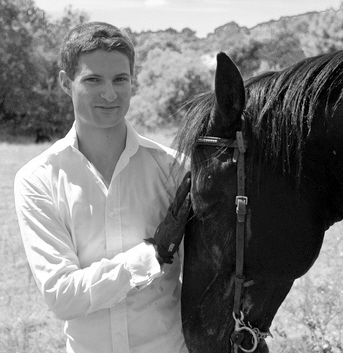 What do you see when you look at this picture? A young man and his horse?
This is what I see:
A boy just on the verge of becoming a man - and this is the summer of his awakening as love comes knocking.  For shy, lonely Ethan, it's his first, and one that he is bent on keeping.  Finding that nothing else matters when he’s with Mary, he immerses himself in their relationship, being content to lie to her when it comes to holding on to his family’s secrets.
Look closer.  I'll tell you more.
Behind those dark, piercing eyes of his lies a realm of bitterness and pain that he will not allow anyone to touch.  His innocence was lost seven years ago when his mother took her own life.  Now sixteen, and still ravaged by her death, he struggles to live among the shattered remains of a family that was never functional to begin with.  Unable to cope, it isn't long before he turns to what he has seen his father take comfort in time and time again – thus giving rise to an inner demon that will not turn him loose.